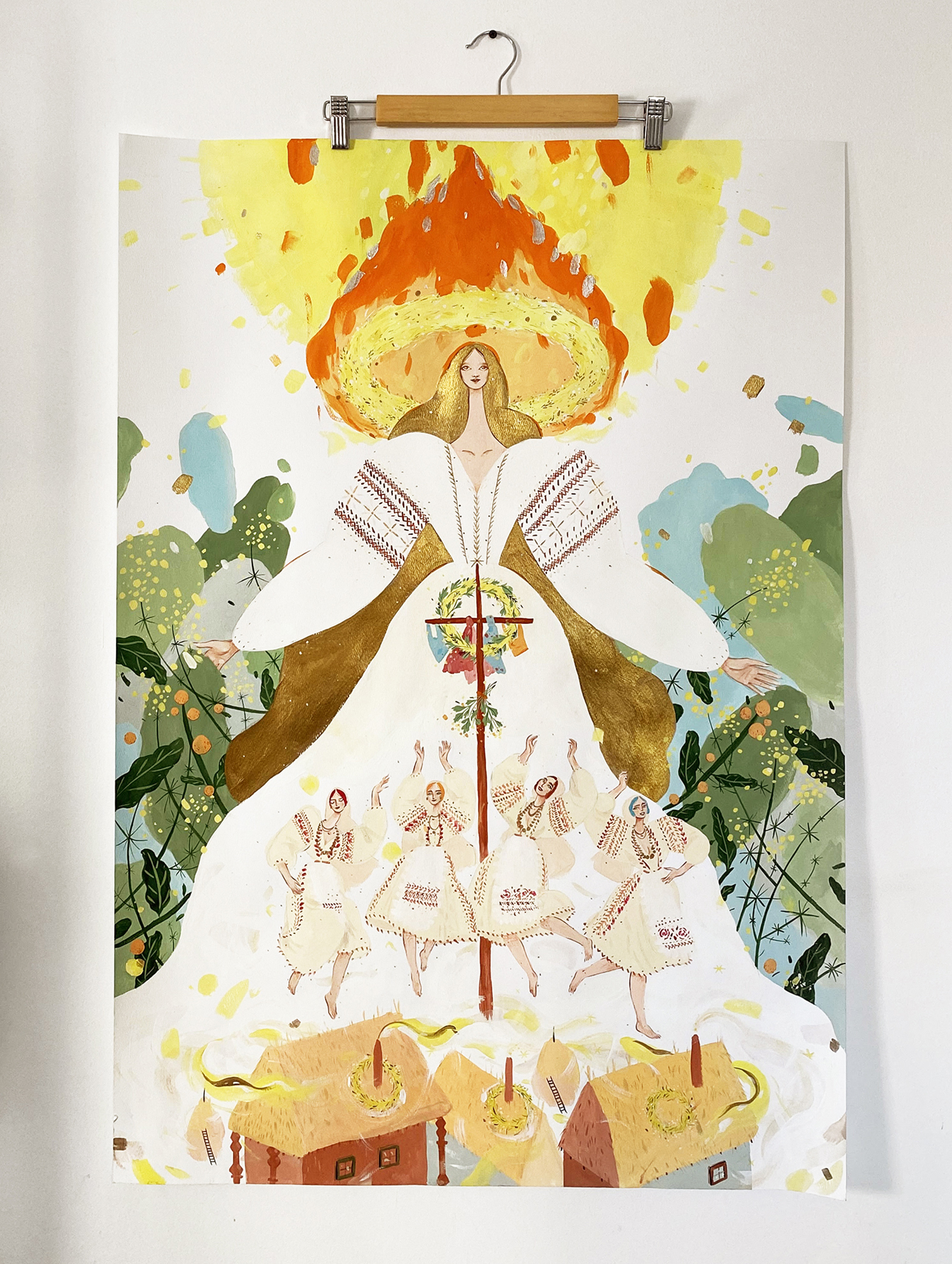 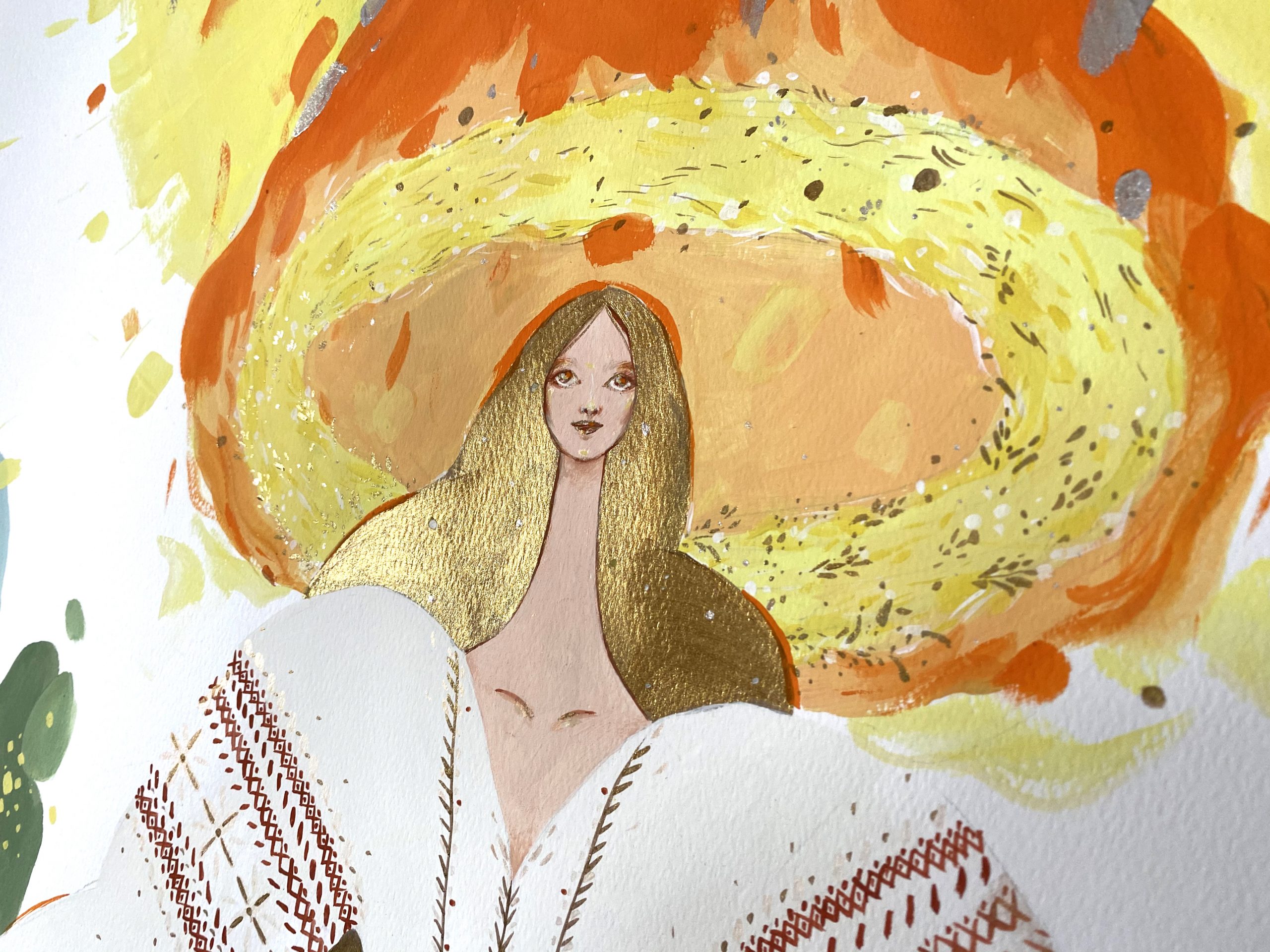 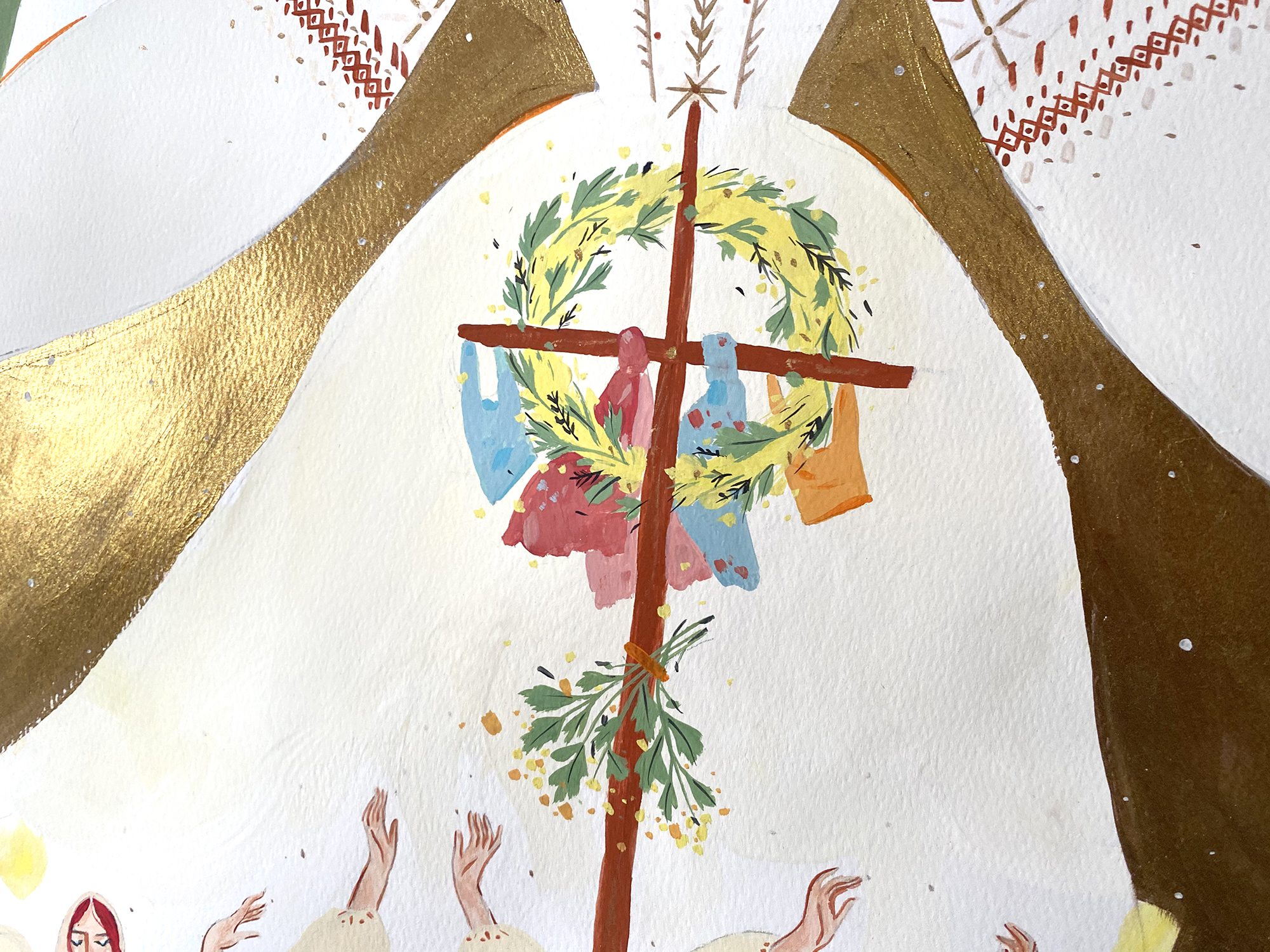 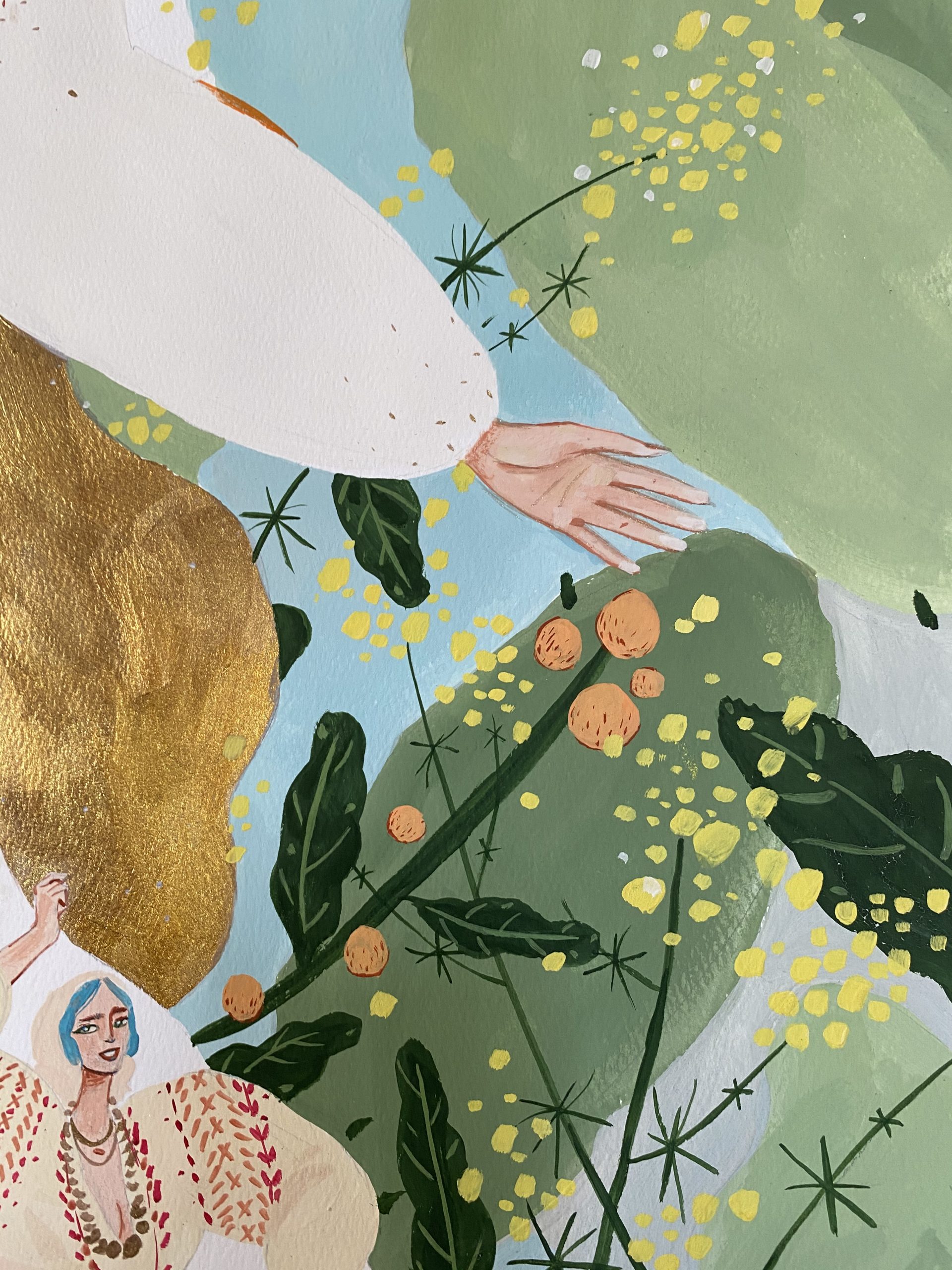 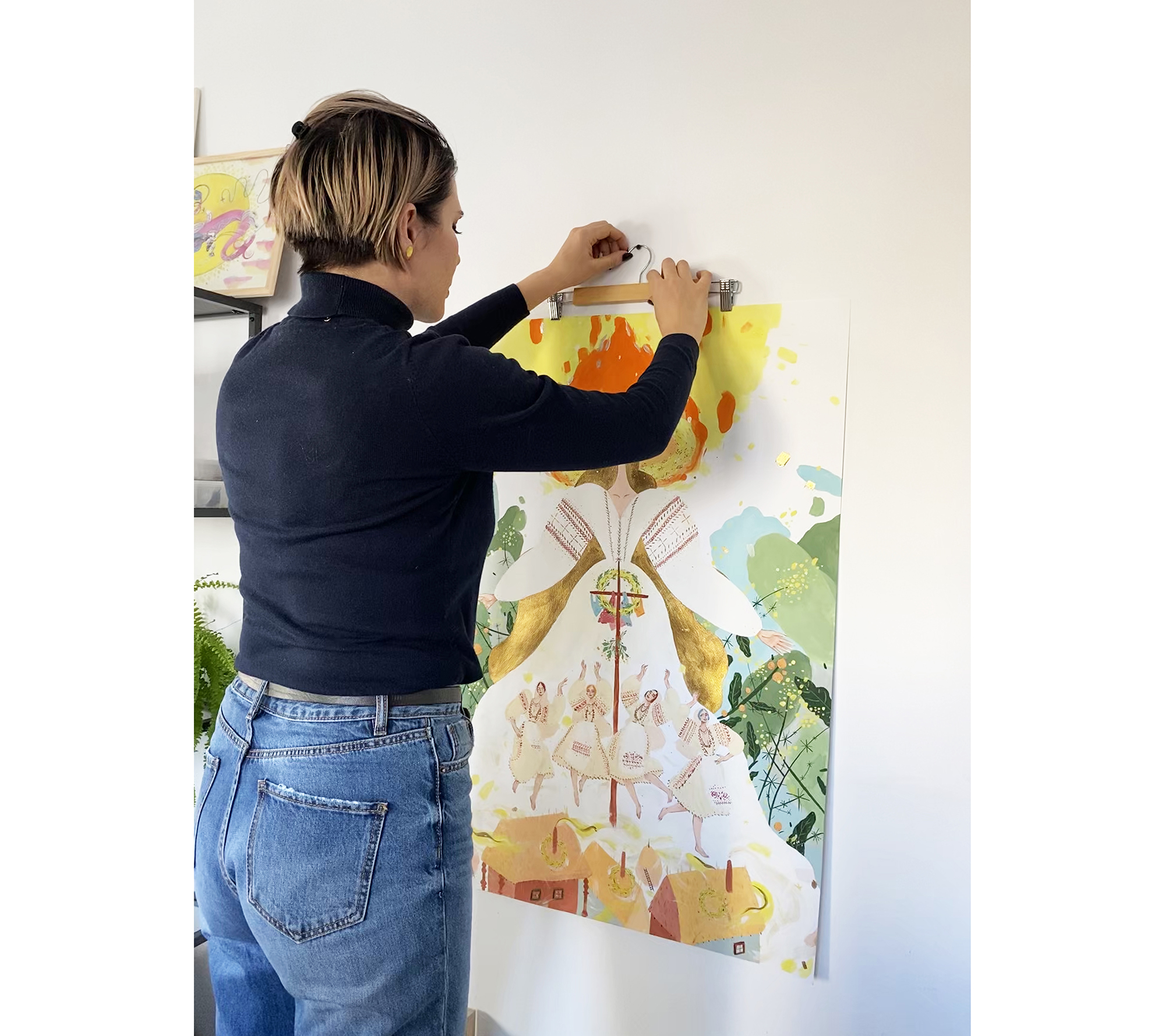 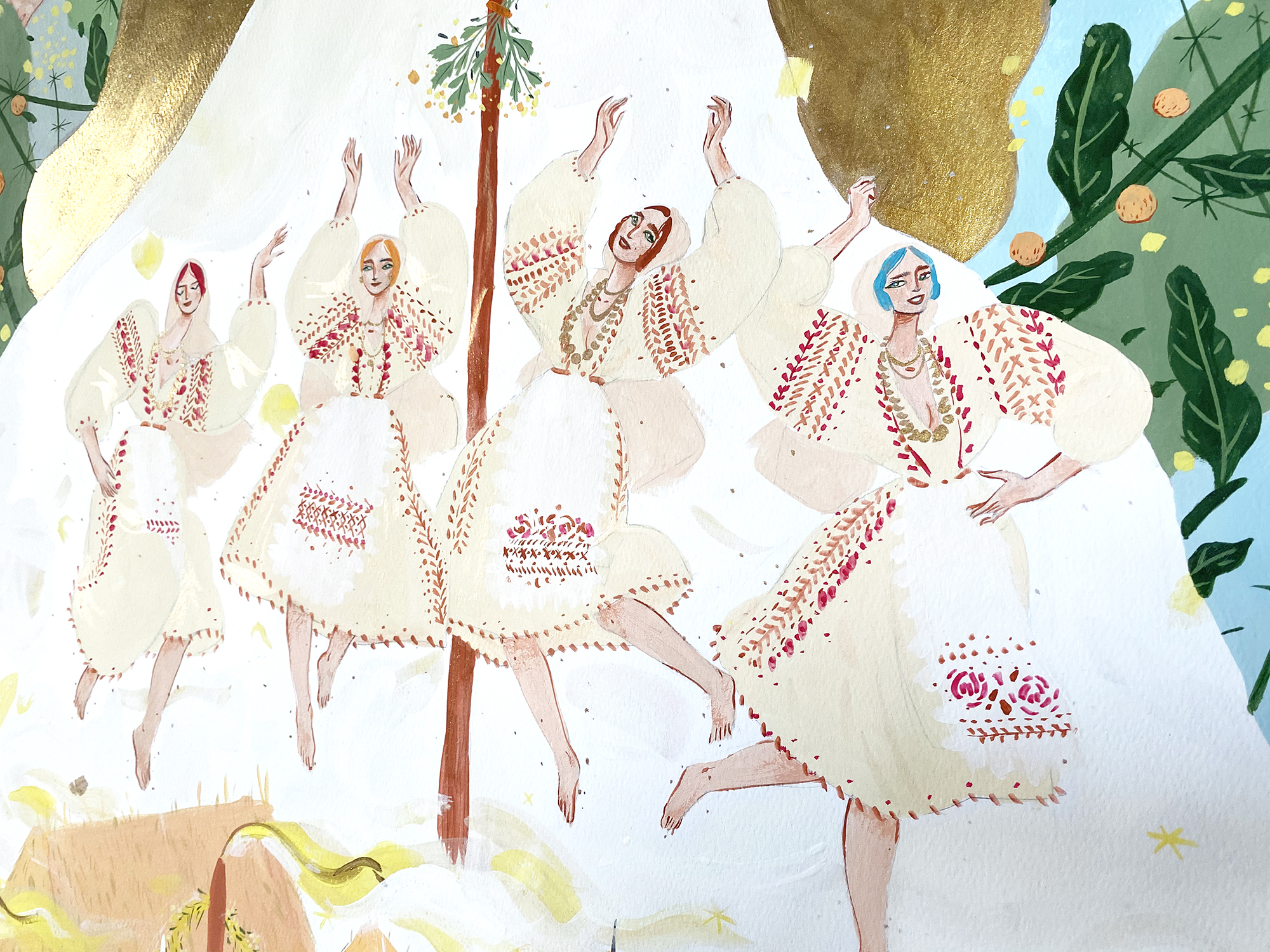 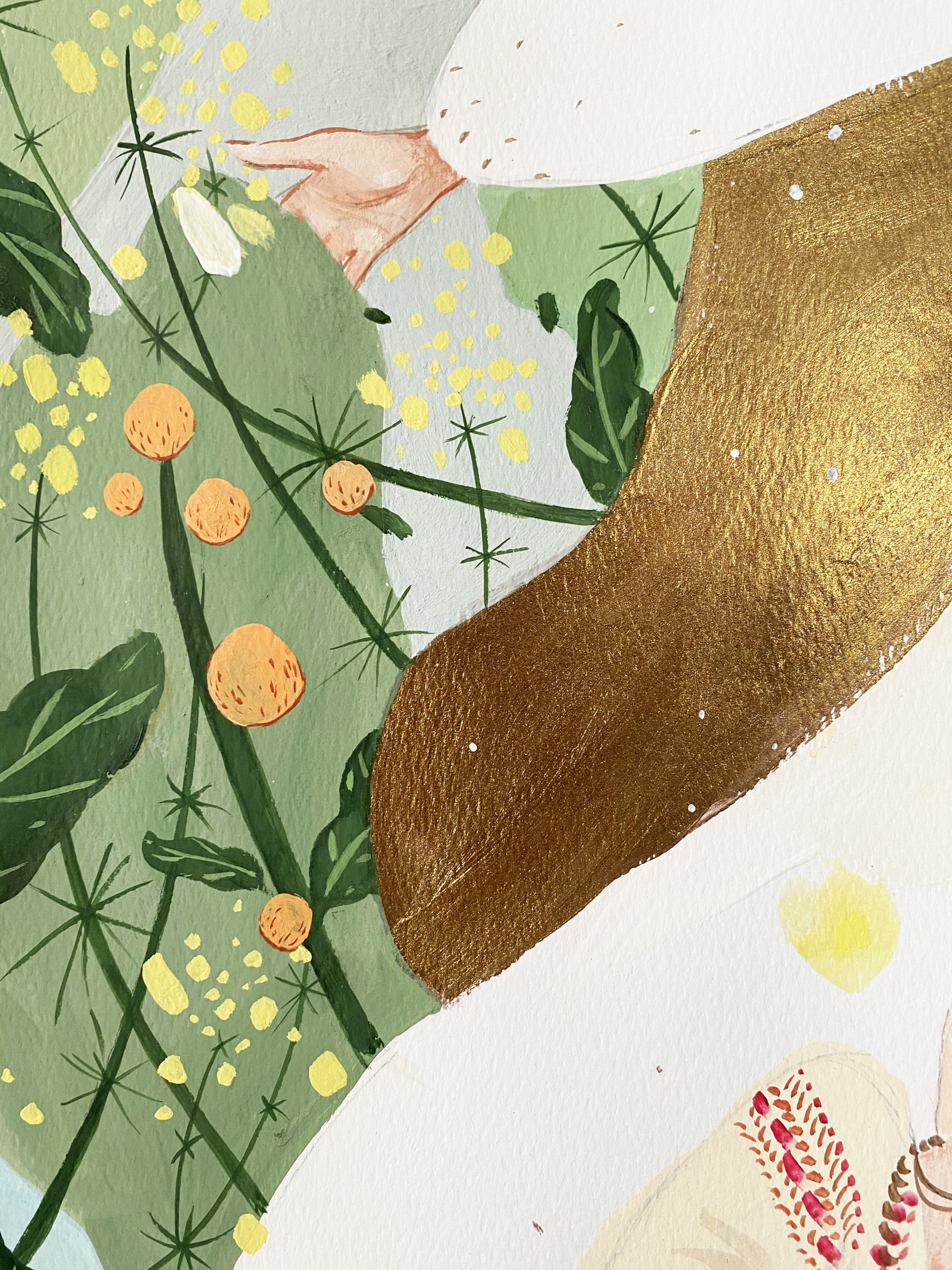 Sanzeienele (pronounced ”soon-see-ehn-eh”) is a Romanian solar celebration, dedicated to fire by the lit torches young men ritually rotate in the direction of the sun’s journey in the sky. It takes place on the 24th of Iune and it’s also called Drăgaica, The Day of the Sun, or The Voiceless Cuckoo, because starting with this day until the winter equinox of the next year, this oracular bird will not be heard singing anymore. The Sanziene are fairies, they are flowers, girl-flowers, anthropo-vegetable states of the most beloved mytho-folkloric characters. They are called in some places Drăgaice, derived from the Slavonic word “draga” (meaning beautiful, darling), but in most parts of Romania, they’re named Sânziene. The renowed writer Mircea Eliade thought that their origins are from a roman cult dedicated to the goddess Diana (Sanctae Dianae), worshiped just the same in Dacia (n.a. ancient pre-Romanian civilization).“ IULIA GORNEANU

Drăgaica would walk the earth or float in mid air in the day of the summer solstice and she would delight herself with songs and dance along with her nuptial procession made of beautiful maiden fairies, over fields and woods. In Romania’s Southern Muntenia region Drăgaica bands are organized that wander around the village and the girl who enacts Drăgaica is dressed as a bride in a shimmering white gown, wearing a crown of Sanziene (Drăgaica) flowers, reminiscing the wedding procession.