The Sun & The Moon 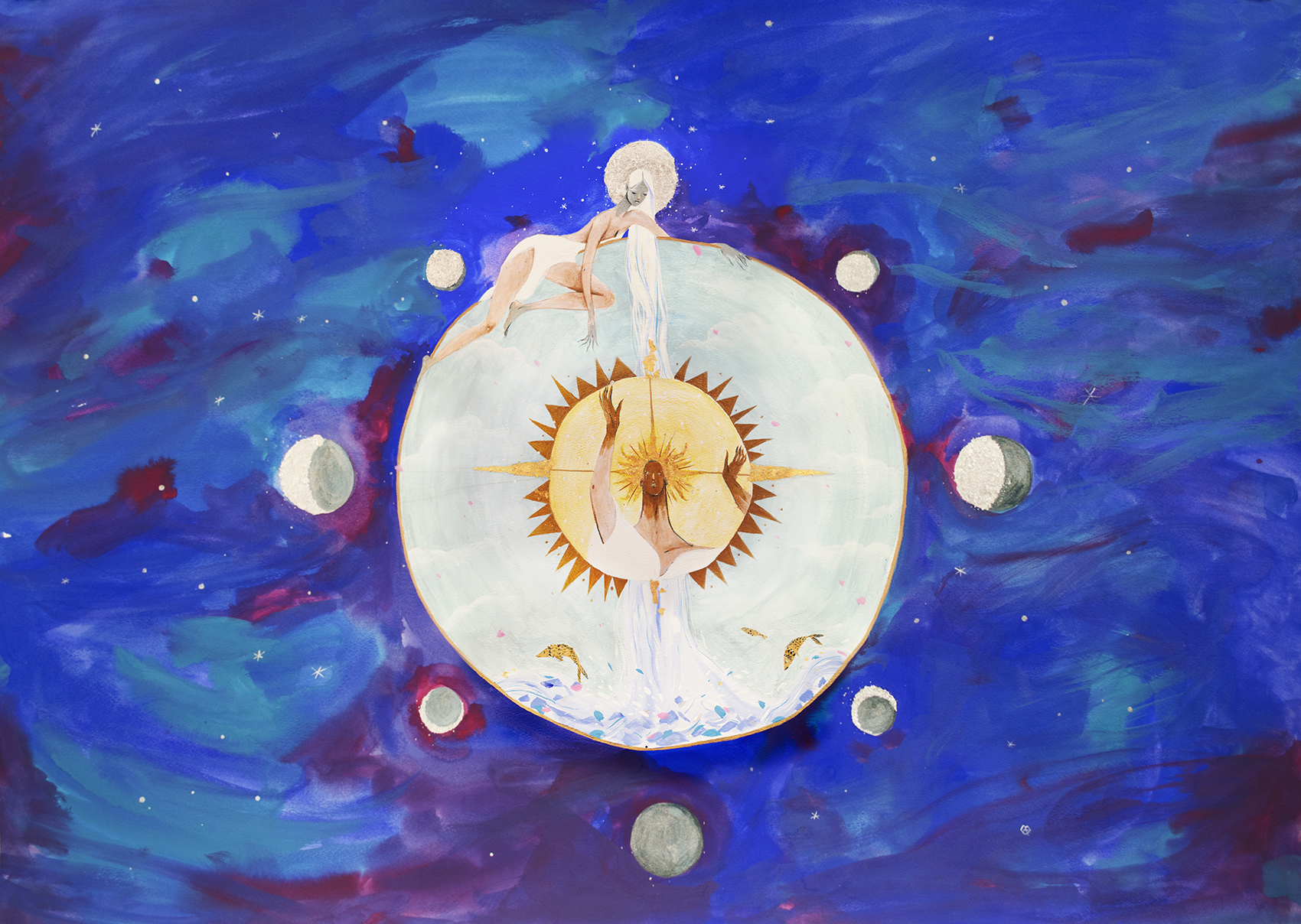 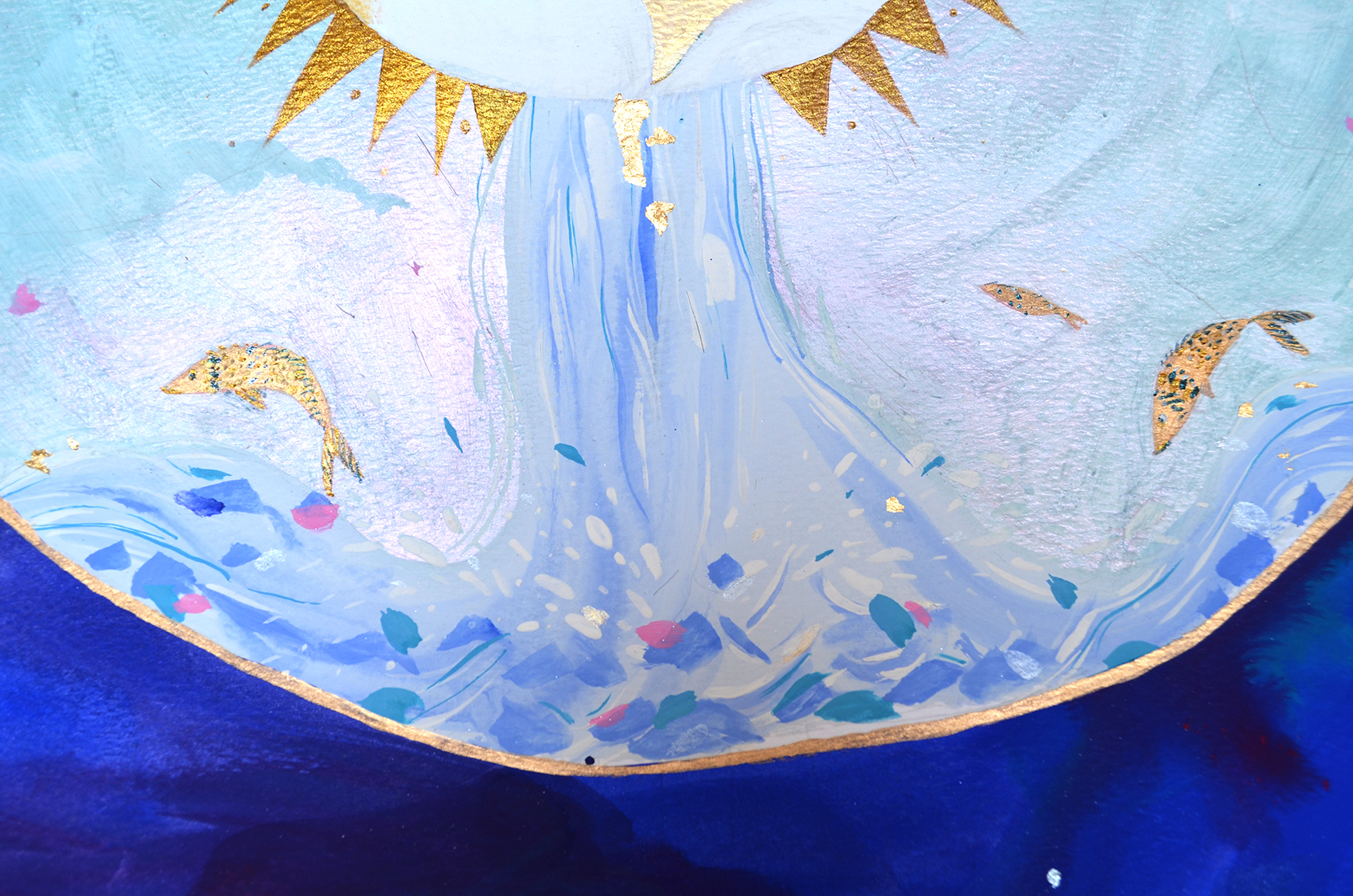 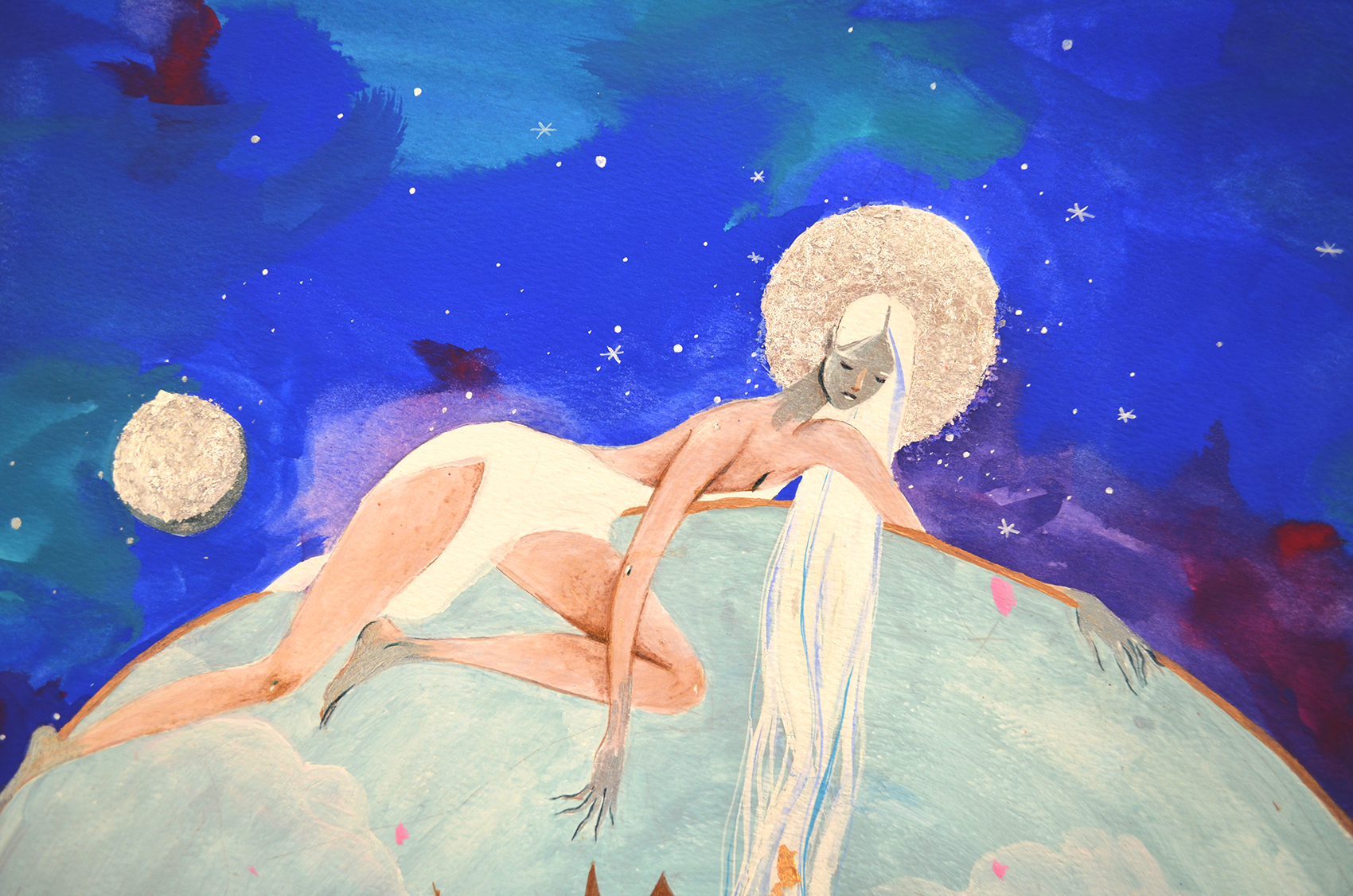 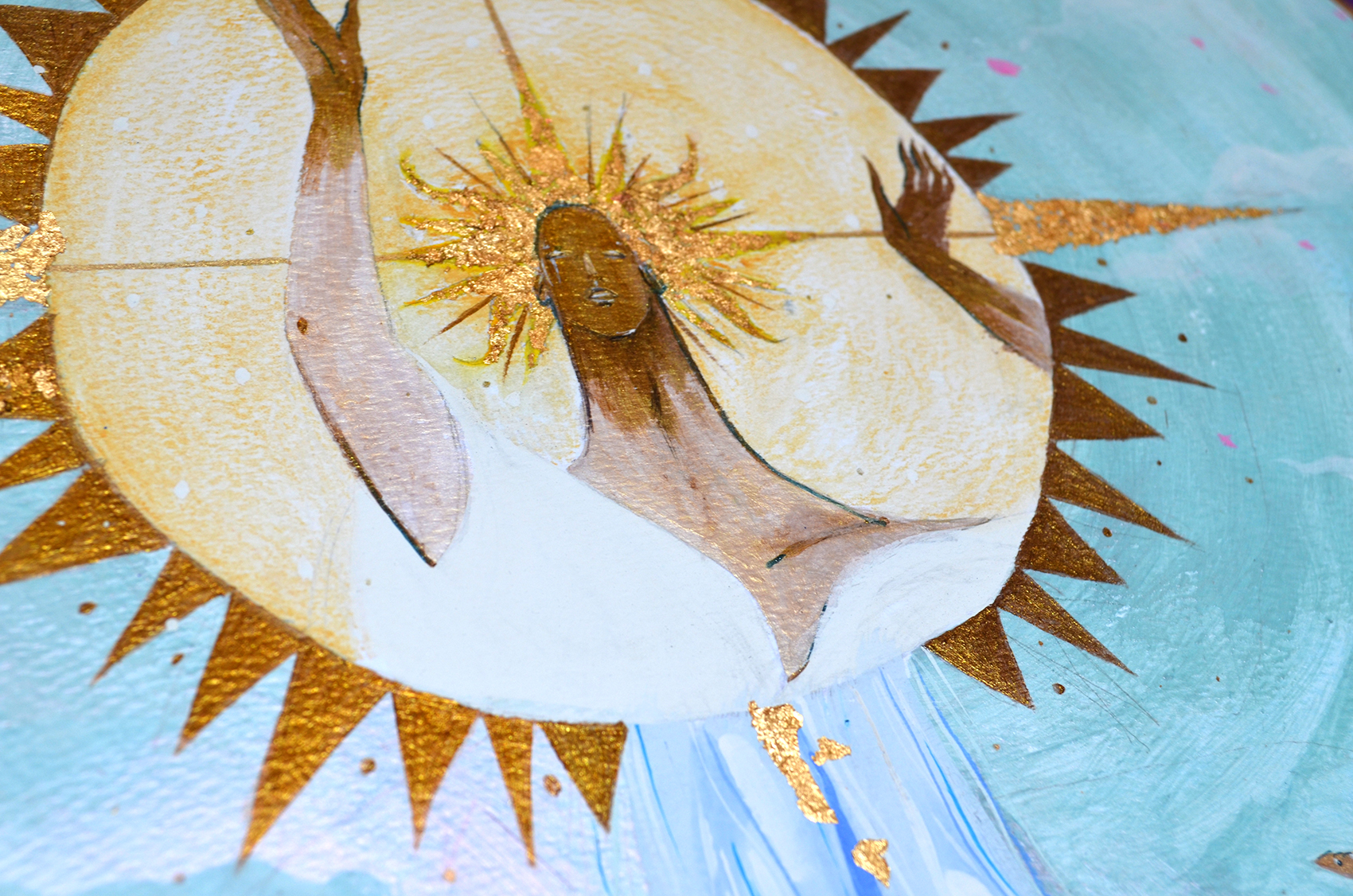 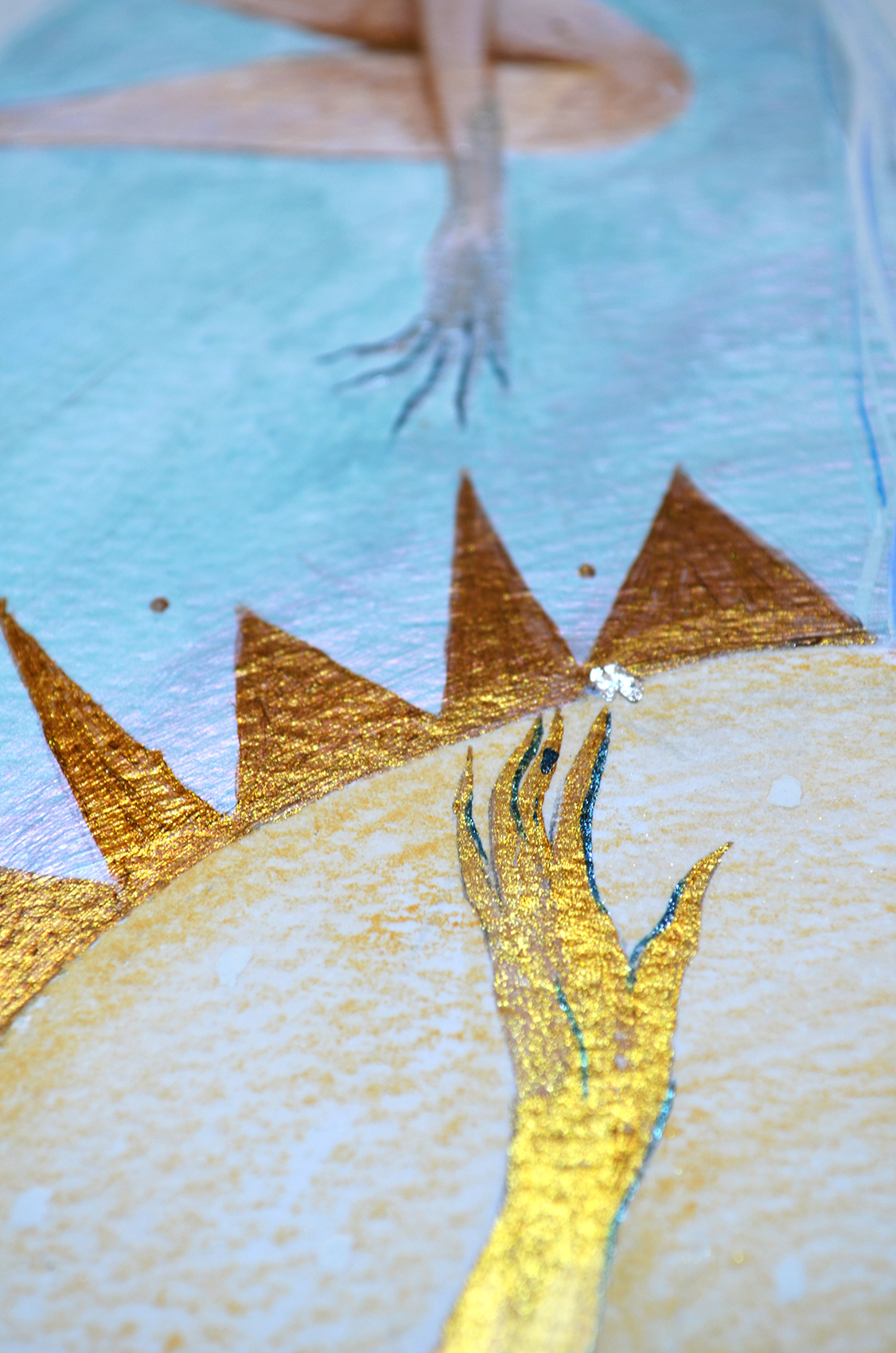 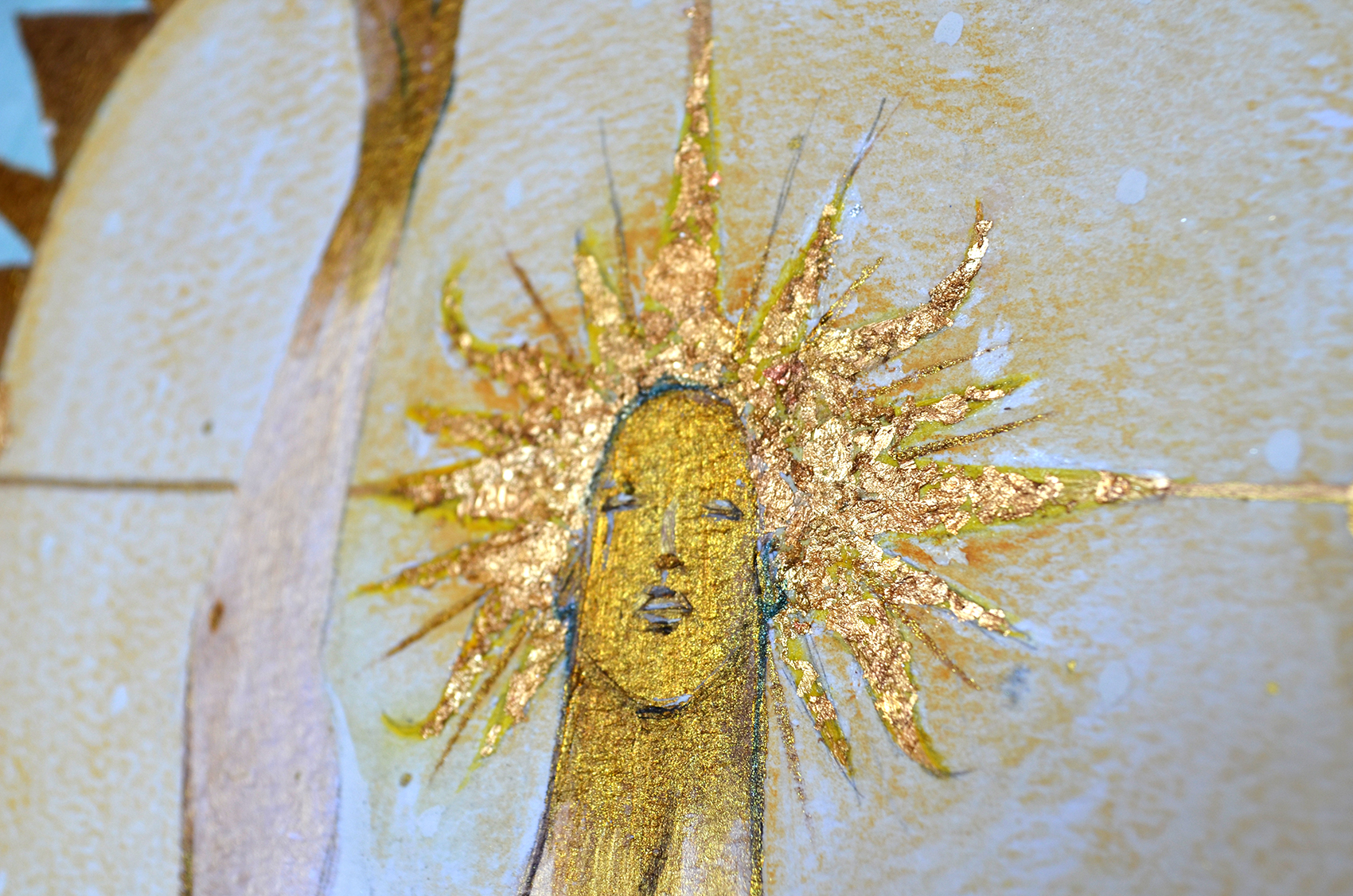 THE SUN & THE MOON

In old times, long before ours, the Sun was a strong emperor, with a human body and the head made of gold.  He had a beloved sister, the mesmerising Moon, her head of silver and body also human-like. The mighty Sun couldn’t resist the amazing beauty of her sister and followed his melted heart, he decided to marry his sister, The Moon. God saw everything, as he does today, and decided to do everything he could to stop the wedding from happening. So, He stole the saddened Moon from the wedding ceremony and hid her in the water, so that the Sun would never find her. As the Sun’s investigation approached the place where the Moon was hidden (deep underwater, transformed into a barbel fish), God placed her graceful being in the sky. Therefore, when the Sun went to sleep, she would then appear, her head lighting up the night sky with a soft, sweet light. She searched around her and found Sun’s teardrops (which were invisible in the powerful light that he shone during the day), small and sparkling, which we today call stars.

“When the two met for a moment on the same sky, they said nothing from there on, took a last glance at each other and, saying their goodbyes with tears in their eyes, left to wander the world, to forever look for each other and never meet again.” IULIA GORNEANU